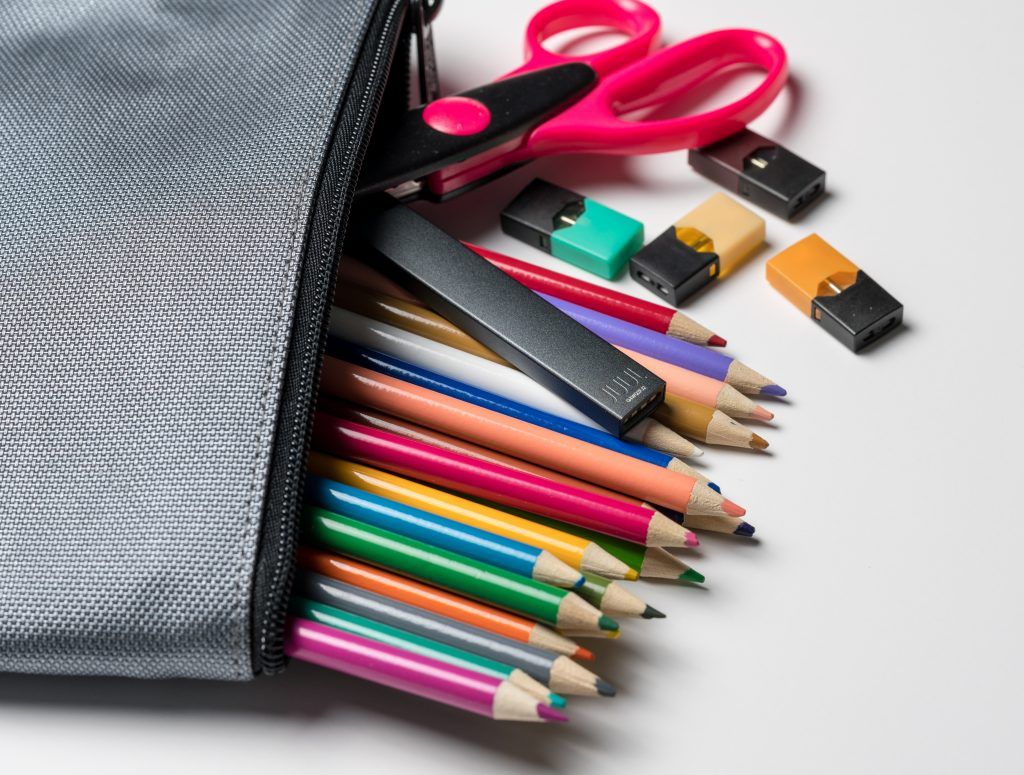 Juul vaping is growing in popularity, and it’s not hard to see why. These flavored pod vaping devices are easy to use, flavorful, and discreet. But there’s a plague happening in schools across the nation.

Parents have good reason to worry about Juul vaping. As the vaping company continues its hike in popularity, more teenagers are beginning to use the devices. These controversial vaping devices are dominating the vaping industry, and the market share this company is gaining is impressive.

You may have seen kids sucking on something that looks like a USB flash drive. That’s a Juul, and the vapor these devices put out is a new level of concern for parents across the country. As more and more teenagers begin vaping Juul pods, the need for knowledge becomes necessary.

Combating this epidemic means knowing what the Juul is and why teenagers across the country are puffing on them. Continue reading to gain the insight you need to understand what Juuling is and how you can stop the spread.

What Is Juuling And Why Should Parents Know About It?

Juuling is a vaping trend popular throughout the United States. Teenagers throughout the country are taking up vaping, and they’re using the Juul device to vape. As of 2017, this company had 33% of the e-cigarette industry, and its market share is only growing.

This company markets its products as smoking alternatives. And with such an effective marketing campaign, Juul vapes are essentially the “cool” alternative to smoking cigarettes. Many teenagers are vaping Juul pods recreationally as well, ignoring the idea that these devices should be used as a traditional tobacco alternative.

These products have an appealing design, attracting teenagers to vape like never before. And with as much nicotine as two packs of cigarettes in each Juul pod, the chance of a teenager becoming addicted is rather high.

With the growing popularity of these pods, schools districts in various states have had to confront the issue. School policies are being put in place to address the problem. But Juul use is still on the rise.

The discretediscreet nature of these vaping devices helps teenagers vape without having to worry about being caught. While the company claims the device shape is only to ensure smokers are not tempted to smoke a cigarette, the fact still remains that this helps students hide the devices.

These devices are everywhere in schools. Many 18- and 19-year-olds are walking into stores to purchase the Juul pods in bulk. With this in mind, it’s obvious that these young adults are distributing them to younger teens.

Convenience stores and gas stations are now selling Juul pods and devices as well. This is a tremendous shift from when they were solely sold in smoke shops. With these devices being so easy to get, it’s also difficult for parents to know when their teen has a habit.

Why Is Juuling A Problem?

Minors are getting their hands on Juul pods, resulting in a generation becoming addicted to nicotine. Over the last few years, students have been spending more and more time in the bathroom. And it’s not because of a lack of fiber.

These students have been hanging out in the bathroom. They were messing around, and at times, sinks were being broken. But why?

There are countless advertisements promoting the products in teenage visibility. Juuling is a discrete cool way to vape, and with the fruity and candy flavors paired with celebrity influencer endorsements, it’s easy to see why the habit is so appealing.

Unlike traditional tobacco, Juul vapor dissipates fast, and there is no harsh scent to it. The smell is easily mistaken for something more innocent, such as candy, lip gloss, or air freshener.

And many people believe the habit is harmless. People claim vaping Juul pods is a healthy alternative to cigarettes. They think the vapor is just water with some harmless flavoring.

The fact of the matter is that flavored additives in these pods contain harmful chemicals. Inhaling these chemicals results in their absorption through thin membranes found in the lungs. And with such a powerful dose of nicotine, the potential to become addicted to these pods is there.

Furthermore, the impact nicotine has on the developing brains of teenagers is negative. Teenagers are more likely to get addicted to the substance because their brains are still developing. With this being said, Juul might be producing life-long nicotine addicts.

Juul Is Being Sued

There has been a minimum of three complaints filed against Juul in the last five months. California has seen two lawsuits filed, claiming Juul is marketing its products in a deceptive manner by saying they’re safe. With Juul containing more nicotine than cigarettes, the accusers are seeking monetary damages and limitations on Juul's marketing.

One of the filers states their first Juul purchase was in 2017. This suit states that using the device caused a Juul pod addiction, resulting in the vaping of several pods every week. The device was originally brought to help quit smoking traditional tobacco, but the delivery of high nicotine doses increased the intensity of the nicotine addiction.

In another case that was filed in the San Francisco Superior Court, a young man claims he began smoking on the weekends in 2010 at 15 years of age. After using Juul, his addiction to nicotine became worse. And within weeks, he became a habitual daily user.

This suit claims the man has mood swings and becomes annoyed easily when he does not have access to regular Juul pod usage. Since he began Juuling, he feels as though he must vape Juul pods daily to maintain his sanity.

Yet another suit was filed in the US District Court in New York in June. This case involves a mother of a 15-year-old. The allegation is that Juul’s products have more nicotine than needed for satisfying adult smoker cigarette cravings. As a result, the 15-year-old is now seriously addicted to nicotine.

Even though this 15-year-old gets in trouble for Juuling at school and home, he still can’t help but vape the pods. His parents have even gone to the measures of taking his door off of the hinges and insisting he has someone accompany him when going to the bathroom at school.

While Juul is defending itself in these cases, there may be some merit to them. There’s a study showing the company might deliver more nicotine than it advertises. Another study shows Juul has been marketing through social media using affiliates and influencers.

Our Effort To Keep Juul Out Of The Hands Of Teenagers

At VapeShack, we age check at the time of purchase. By taking this precaution, we put an effort towards keeping these products away from minors. We use Blue Check to accomplish these checks, and we’ve never had a problem!