The History of Vaping: An In-Depth Look at Its Inventors 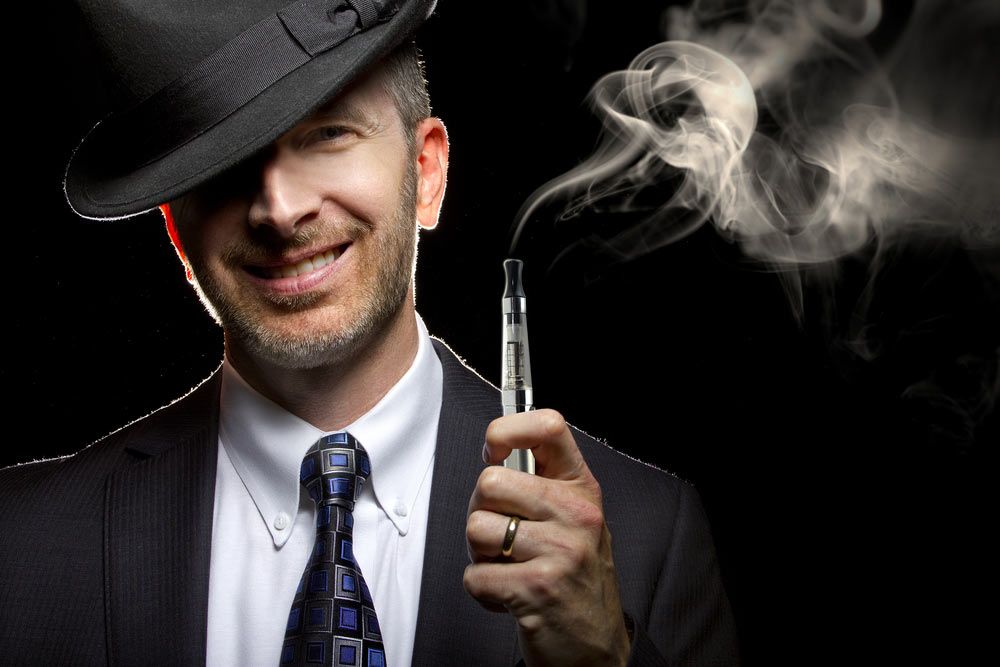 Vaping. E-cigarettes. Fake cigs. Whatever their name, you may have seen them around, or you may have someone you know who uses them instead of real cigarettes. It’s the device that releases fragrant smoke and comes in a variety of ‘flavors’ and scents, from heady vanilla to light and refreshing appletini.

There are some people who use vaping for easier transition to quit tobacco smoking, while there are others who use vaping as a way to smoke without the consequence of lung cancer. You inhale water and exhale vapor, and it looks just like smoke, but smells better and doesn’t have the bite of tobacco zipping down your lungs.

But where did it come from, really?

Two men have been recognized as the inventors of the device: Hon Lik, the Chinese pharmacist in 2004 and Herbert Gilbert in the 1960s.

When Herbert Gilbert was interviewed, he said that “inhaling burnt stuff was gross.” He thought of himself as a logical person and sought out a way where people could still smoke, but without inhaling burnt tobacco into their lungs. For him, creating an alternative cigarette was no different than using flour and ending up with bread and cookies.

Herbert Gilbert tinkered and planned out his invention. Instead of burning tobacco and paper, it was going to have flavored, moist and heated air. In 1963, he figured out that his invention’s heat source would use a battery as a heat source. He started to experiment with flavored water that turned into steam and that was the prototype that worked.

Unfortunately, a fire burned everything he had stored in a warehouse related to his invention. Herbert believed that somebody held onto the drawings and the prototypes, however, and that it would resurface once Emperor Brands started advertising the e-cigarette. In 2013, Herbert Gilbert was recruited by John David Cameron of Emperor Brands to use the same design he had in 1963, but modernized.

Herbert Gilbert wanted to save lives with his invention, and Hon Lik was no different. They both wanted the same result, but stumbled upon it in different times and different ways.

In China, before Hon Lik invented the e-cigarette, he was a pharmacist who wanted to quit his 2 pack a day habit, but found it too difficult. He had tried going cold turkey and failed multiple times. In 2002, he tried to go for a nicotine patch but found that it didn’t give him the same buzz that a cigarette did. He found no relaxation or stress relief in the patch’s steady dose of nicotine into his system. To make matters worse, when he forgot to take it off at night, he got nightmares.

Aside from being a pharmacist, Hon Lik knew mechanics and enjoyed tinkering with electronics. He believed that if he could simulate the feeling of smoking, it would make the road to quitting as smooth as possible.

It was 2004 when Hon Lik lost his father to lung cancer. This only strengthened his drive to make a device that would simulate smoking, but without the dangers of lung cancer.

His first creation was relatively large and cumbersome to handle. However, through trial and error, he came up with an e-cigarette that was small enough to be carried around and used flavored water vapor to simulate the plume of cigarette smoke. The product underwent eight months of toxicology testing by the Pharmaceutical Authority in Liaoning, as well as the Chinese military’s medical institute. Afterwards, the e-cigarette went on sale.

Interest was moderate in China, but when e-cigarettes were introduced in Europe and North America in 2007, that was when the vape trend truly took off. Herbert Gilbert and Hon Lik were two people who invented the same thing for the same reason. They were substituting a dangerous substance for something that they deemed was safer and wanted to help others.

The Fathers of Vaping

So as to who really invented the e-cigarette, it remains in debate. While Herbert Gilbert did have a patent ready in the 1960s, it was during an age where tobacco was common in society and people didn’t have designated smoking areas. As long as you were out in public, you could smoke. And in the 1960s, tobacco wasn’t thought of to be unhealthy or dangerous for one’s health. And instead of water vapor, Herbert’s device was utilizing hot air. So despite Herbert inventing the e-cigarette earlier, it remained relatively unknown.

So now, you can understand that vaping isn’t just promoting a cleaner lifestyle. Vaping was not meant to be a gateway to trying ‘real’ cigarettes; it was meant to be a substitute that could save a lot of lives. Whether you’re somebody who’s using the e-cigarette to quit or to avoid smoking real tobacco, either way—both men are thankful for it.